Relax while your app creates itself

Got an app you want to develop and bring into the world but lack the resources? Then have no fear - Radix is here!

While some software companies have one big system and all teams are focusing their efforts on that one system, Equinor is slightly different. Sure, we have big systems with a lot of people working, but we also have heaps of smaller projects and smaller teams.

What they all have in common is a need for proper software development. This is where Radix comes into play.

“If software development is just a part of your job, but not your main responsibility, it’ll be a challenge to stay up to date on all the technology and tools necessary to securely build, deploy, host and monitor your applications etc. if you’re doing it all by yourself. This is the challenge we want to solve,” Lars Kåre Skjørestad explains.

Buzzwords might be your thing, in which case the one to know is PaaS aka Platform-as-a-Service.

"Radix builds, deploys and monitors applications. You provide your code, a Dockerfile that can build it and Radix takes it from there. Basically, it automates the boring stuff and lets developers focus on coding.

Radix in a nutshell

(1) Build: Commit code to trigger a build, run tests and check dependencies. (2) Deploy: Place your app in the cloud in multiple environments - and let it grow! (3) Monitor: Track usage to find problems and gain insight.

Best practices to the people

Lars Kåre is the man with the original plan and the head honcho for Radix. It started with an early idea in 2017 and in march of 2019 they released the first MVP - a minimum viable product. We’re heading into the clouds at full throttle, and Radix is a part of making this journey easier and more accessible for all.

“You can get your app into the cloud without having to deal with the cloud directly. It removes the need to have specialized knowledge about the cloud services itself,” developer Jonas Peter Sørensen tells us.

Since the name itself is latin for “root”, we’re going to get right down to just that - the root of it all. And at Radix’s core you find Docker containers, a standard unit of software that packages up code and all of its dependencies run apps quickly and reliably. While the platform itself runs on kubernetes users don’t interact with it, developer Jonas Peter Sørensen explains.

“The exciting part about Radix is that it’s very simple to quickly get a working prototype of an app deployed and available. It’s only a matter of minutes from you have an idea to you have it accessible and shareable.”

“You need some knowledge about docker containers but that’s basically all you need to know,” he adds.

Making it quick and easy is one thing, but another main issue the Radix team has been hoping to solve is bringing best practices to the people. 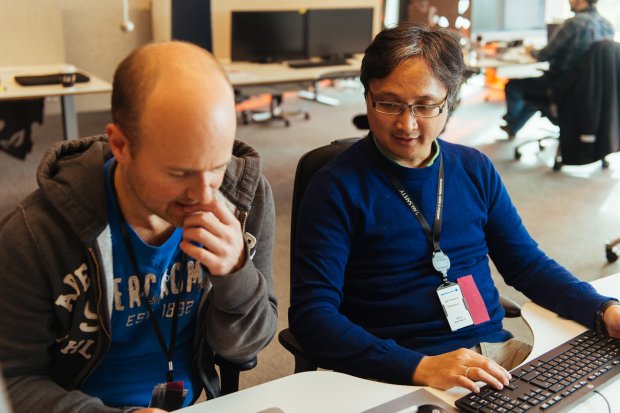 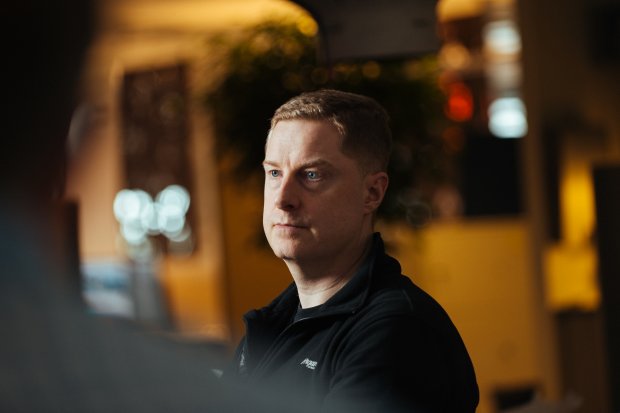 Jonas, one of the developers, has been with the Radix team since its early days in 2017. Photo: Torstein Lund Eik/Equinor

Jonas, one of the developers, has been with the Radix team since its early days in 2017. Photo: Torstein Lund Eik/Equinor

Up and running In a day

While it's only been in production for a couple of months, some teams have already tested Radix quite a bit. Kjell Wilhelm Kongsvik and Sondre Naustdal used it to deploy an application they were creating. They were part of the Heap Purple team in Bergen and worked on an app nicknamed Complete, designed to help with planning well completions.

“It provided us with the infrastructure we needed without us having to do much work. And it was similar to other tools such as docker-compose, which made it very easy to use. The best part was that we didn’t have to deal with a lot of different systems - it really simplified our work ,” Kjell Wilhelm says.

His teammate Sondre explains that Radix easily let them set up clusters and simplified testing by enabling running test scripts right away, without having to go through an entire release cycle. It also handled a lot of the security issues for them. But the main benefit was the time it saved the team during setup.

“The setup would have taken us around two weeks to do normally, and it would have required more work on our end. With Radix it was up and running in a day."

“We also got superb support and help from the Radix team. It was easy to get access, help with whatever issues we had and it was very easy to use. Now that we’re familiar with it, we’ll definitely be using it again,” Kjell says.

Heading in the right direction

Kjell Erik Reed Anda is the product owner for Radix, and he tells us that they’re currently working on spreading the gospel of Radix to make sure Equinor's developers know about this opportunity. This marketing endeavor is a new challenge for a team full of techies.

“We want the users to actively contribute with input to where the platform should be heading, and ensure that we’re delivering value,” Kjell Erik says.

They’ve got their work cut out for them and while they’ve come a long way, there’s still challenges to tackle. Both kubernetes and Azure cloud services are constantly changing.

“The learning curve is quite steep when we’re working but it’s all good fun. We’ve received good feedback from teams using the platform, so we get the feeling that we’re on to something."

Radix is a part of Equinor's own data platform, Omnia. If you want to keep up with what our very own PaaS has to offer, make sure to check out the Radix website. Don’t forget to subscribe to the newsletter - you wouldn’t want to be left out of the Loop would you?